As part of our STEM Valorise project, partners are conducting interviews with researchers and entrepreneurs that have undergone the valorisation process of their research. The University Industry Innovation Network (UIIN) has recently interviewed Alessandro Rolfo, a biomedical researcher at the University of Turin (Italy) and co-founder of Corion Biotech S.r.l.

With a background in Medical Biotechnologies and a PhD in Clinical Science and Human Reproduction, Alessandro has successfully kicked off his own company, researching therapeutical applications for pregnancy-related disorders, pregnancy physiopathology, and preeclampsia. 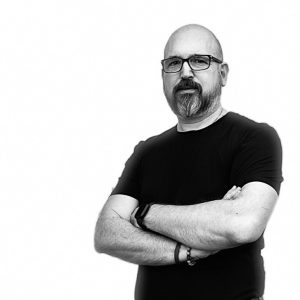 During the interview, UIIN asked Alessandro to mention barriers, and obstacles that hindered the valorisation process of his research. Most notably, he mentioned that a first barrier can be identified in the need for scientists to change their mindset. Scientists need to think and research in terms of a useful product that people would buy rather than being driven exclusively by experimentation, and publication.

Further, Alessandro suggested that the Italian political and economic environment is somewhat hostile to research valorisation. This is mostly a political problem, as, due to the political instability of the country and to the fact that the executive branch changes leadership multiple times in the course of one legislation, politicians are not interested in investing in research, whose benefits appear only in the long term.

Alessandro also told us that International Patent (IP) rules are a barrier to valorisation. Professors are pressured by their universities to publish articles about their research. Nonetheless, this is in contrast with IP rules. If there have been publications over one’s research, it is not possible to registerpatent about the findings.

Additionally, the interviewee mentioned that his PhD exchange programme and work experience in Canada have been critical to the valorisation of his research. These experiences made Alessandro aware of the fact that research can be valorised, and that there is no shame in conducting research that is market- and people-oriented. This mindset was not really widespread in Italy at the time when Corion Biotech was founded.

Finally, Alessandro provided UIIN with some reflections for future researchers. Most notably, he told us that it is necessary to create more European Union-wide Partnerships for research valorisation. This will not only enable students to “open their minds” and to be confronted with different realities, research approaches, and mindsets but also to build a European “demos.” Alessandro is convinced that European governments, universities, businesses, and citizens need to start work together more cohesively, rather than independently, as only in this way Europe will progress at a higher speed.

Also, he mentioned that it would be crucial to teach business skills to bio-medical students that are undertaking PhD studies, as well as creating an understanding of how IPs can be deposited. Only in this way, younger generations will be provided with all the tools to kick off their companies and to take full advantage of their research.

“The information and views set out in this web-site are those of the authors and do not necessarily reflect the official opinion of the European Union. Neither the European Union institutions and bodies nor any person acting on their behalf may be held responsible for the use which may be made of the information contained therein.”